The following is my first of two entries in Fay Wray and Robert Riskin, The Blogathon, being co-hosted by the blogs Classic Movie Hub and Once Upon a Screen on March 2 & 3, 2019. Click on the above banner, and read bloggers’ takes on the amazing careers of this acting (her) and writing (him) couple!

Like most baby-boomers, I fell in love with the original King Kong after viewing it on local TV. I put off buying the deluxe 2005 DVD version so that my family would have a gift to get for me at Christmastime that year. I was dying to pass the legend of this movie on to my then-9-year-old son, but such are latter-day attention spans that I actually had to make him promise me an afternoon where he’d sit and watch it with me. He watched it again three times after that.

Sure, the movie has flaws. I’ll tick some off for you. Some of the dialogue is stilted in a way that only 1930s scripting can be. (“Why…I guess I love you!” declares sailor Jack Driscoll [Bruce Cabot] to “bothersome” female passenger Ann Darrow [Fay Wray], with all the passion of a shipman who’s discovered an extra bottle of hootch on board.) As befits the movie’s then-revolutionary stop-motion animation technique, monster ape King Kong’s fur often wavers from frame to frame, in much the same way as Gromit’s doggie features hardly stand still from one frame to the next in the clay-animated Wallace and Gromit feature movie.

But you just gotta love the movie’s fearlessness. Without an ounce of irony, the non-real Kong gets his own movie credit as “the eighth wonder of the world.” There’s no question that, as movie impresario Carl Denham, Robert Armstrong is whole ham –- yet that’s what makes the character so wonderful. Most “fearless” movie heroes these days (paging Bruce Willis!) have only a steel chin and a sneer to offer the movie camera. Denham is not only fearless, he’s enthusiastic about it, as if he just can’t help putting his entire crew in peril just to get a good close-up.

Fay Wray, of course, immortalized herself as a scream queen in her role as Kong’s temptress Ann Darrow. But even her screams are fun, because they’re so genuine. It’s a role that she could have conceivably turned into a camp classic (much as poor Jessica Lange did in the 1976 version); after all, in the end we know she’s caterwauling to a clay model just a few feet tall. But Wray really is sincere enough to convince us she’s getting manhandled by a perilous monster. My only regret is that she didn’t end up showing just a little emotion for this overgrown kid who eventually lays down his life for her (which, thanks to Naomi Watts, was one of the few elements that Peter Jackson’s 2005 version did get right, IMHO).

Even the deaths in the movie aren’t terribly painful. When Kong shakes a huge log where some of his would-be captors are clinging for dear life, and many of them fall to the gorge below, it’s more like the roller-coaster ride the movie was intended to be; the poor fellas are merely the 30s predecessors to all those nameless extras who got evaporated on the original “Star Trek.” Contrast that with the endless emphasis on graphic violence and death in Peter Jackson’s version (which traumatized my son so much that we had to exit the movie after it was only one-third finished).

Finally, there’s Max Steiner’s ground-breaking musical score. At the advent of talkies, it was unheard of for an entire orchestral score to accompany a movie’s story, and if you doubt the staying power of Steiner’s music (he went on to score classics as diverse as Gone with the Wind and Casablanca), listen to one of the latter-day music-only CDs of Kong‘s soundtrack. It holds up as well as any movie score of the 1930’s and beyond; it’s like an old-time radio show in itself.

King Kong inspired generations of filmmakers as the ultimate example of how a movie could breathe life (and terror) into an inanimate object. Ironically, until Star Wars came along, most Hollywood movies had forgotten how to combine thrills and fun without gore –- a lesson that King Kong should have taught them long ago.

(If you liked this blogathon entry, click here to read my first ‘thon entry about It Happened One Night, whose screenplay was written by Robert Riskin.) 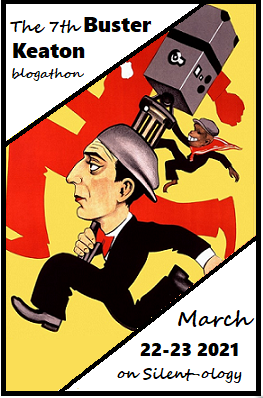 B Noir Detour
By Ken Levine